As told by Stephen Richards, Jr., Owner of Richards Bespoke 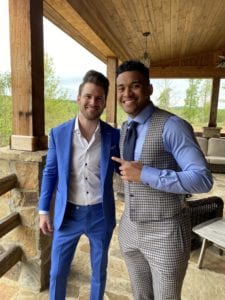 It is every clothier’s dream to watch one of their client’s wear a suit they created for them on national TV. This dream became a reality for me this past Thursday night when Tua Tagovailoa was selected by the Miami Dolphins as the 5th overall pick in the 2020 NFL Draft. The story about how all of this unfolded was one I’ll never forget and still cannot fathom how incredible the opportunity was.

At the time, I had never created a suit for a client to wear while walking across the stage after their name was called at the NFL Draft. This was a career goal of mine and there was much anticipation as to what it would be like if it ever happened.

About 3 months ago, I received a call from an NFL agent whom I had made suits for some of his clients in the past. Chris Cabott is the President & COO of Steinberg Sports & Entertainment (founded by Leigh Steinberg, the agent credited for the inspiration behind Oscar-winning film Jerry Maguire) and over the years has become a friend who I look up to and admire in regards to his drive as well as the genuine love and dedication he has for each and every one of his clients.

When Chris called, he asked me “How would you like to make Tua Tagovailoa’s suit for the upcoming NFL Draft?”

My initial response: “Ha…Of course?!” As if that were even a question…

Months leading up to the draft, Tua was living in Nashville rehabbing his hip injury from the 2019-2020 college football season while also working out with Lipscomb Academy’s head football coach and former NFL QB, Trent Dilfer. This made it easy for him to come in and get fitted for the outfit he’d wear on arguably one of the most important, memorable, and life-changing days of his life.

Tua came by Richards Bespoke late one afternoon accompanied by his parents and agent. After I took his measurements, we headed up to the loft to begin picking out fabrics for his suit. If you’ve ever been to Richards Bespoke, you’ve seen/experienced the design loft that overlooks the exposed downstairs. Typically, if a client brings family, friends, spouse, etc., they join my client upstairs for the design portion or the appointment. Tua requested they remain downstairs while we picked everything out because he wanted his suit to be a surprise for his parents.

After searching through hundreds of swatches, Tua had not come across a fabric that ultimately stuck out to him as “the one.” I had just received new fabric books for spring/summer and as we were flipping through one, we came across a fabric I told Tua I would be making for myself because it was one of my favorites in the new collection.

Like almost all of my clients, you know when someone lands on a particular fabric they’re in love with just by the reaction they give when they first see it—this certainly was the case for Tua. We continued to thumb through more fabrics, but he kept coming back to the now infamous brown and blue buffalo check pattern.

After deciding this was his favorite, we began the rest of the design process which started with the lining on the inside of his jacket.

We carry hundreds of stock linings that range from various colors/patterns/themes/etc. and while he was searching through one of the books, I mentioned how we could also create a custom lining with anything he wanted on it. Right then and there, a light bulb went off in his head.

Tua whispers to me: “Wait, you can make a lining with anything I want on it?” I confirmed and he leaned in closer and asks in an even softer voice: “So if I wanted to use pictures of my grandparents, we could do that?”

Again, I replied with yes.

He peers over his shoulders to make sure his parents couldn’t hear him from the lower level of the shop and proceeds to pull out his phone to show me two pictures of his grandparents he wanted to use.

He explained to me how his dad’s parents had unfortunately passed away and that he wanted to honor them as well as his mom’s parents by showing tribute to both sets of grandparents on the inside of his jacket. 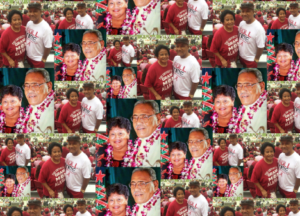 After we elected to go with this emotionally significant collage on the inside of his jacket, Tua came across another lining that was all too perfect for his life story.

This particular lining had elephants and palm trees printed on it which was a random combination (to me, at least) but at the same time very symbolic considering Tua is from Hawaii (where palm trees are a globally recognized icon) and graduated from the University of Alabama (an elephant being their mascot). Tua insisted we implement this lining in some capacity, so we decided to make his suit into a 3pc and use the elephant and palm tree lining for the back of his vest. 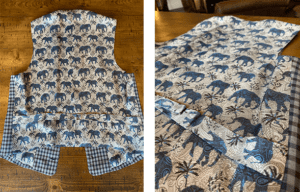 Not only will this suit be one of the most memorable ones I’ve ever helped design, but it resonated much deeper knowing the significance of why he chose certain details that meant so much to him.

Fast forward a few weeks later—I receive another call from Chris (Tua’s agent) with some unfortunate news for myself. Tua was contacted by one of the most known fashion magazines in the world to be featured in their next issue following the NFL Draft but he would have to wear one of their sponsored apparel brand’s suits and not mine. As much as it killed me, I understood the PR opportunity it presented Tua and I was still grateful he would wear his Richards Bespoke suit for another occasion.

Fast forward another few weeks—the COVID-19 pandemic was in full force and the NFL decided to make the draft virtual to respect the health of the players/patrons by not hosting it in Las Vegas. Regardless of whether Tua was going to ultimately wear mine or another brand’s suit, having a virtual draft would probably defer players from wanting to wear suits—considering the whole point of dressing up was to show off their style while walking across the nation’s biggest stage on national TV. By this point, I completely gave up on any chance his brown and blue buffalo check suit would be worn on the big day.

Tua’s suit was finished just days before the draft (after many delays with creating his custom lining considering my silk provider is located in Como, Italy where COVID-19 had impacted production time) and I wanted to schedule the final fitting prior to his big night because I knew how hectic his life would be following the draft. I offered to drive down to Alabama where Tua would be staying with his family for the virtual draft.

Upon arrival, Tua and I secluded ourselves from his parents for the reveal of his finished product. Words cannot accurately depict the emotions he had when seeing the collage of his grandparents on the inside of his suit jacket. After trying it on and admiring the perfect fit, Tua strutted around the room staring at himself in the mirror in awe of how much he loved how everything turned out. 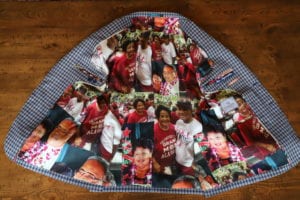 For a lot of my clients, if I know of something that holds significance in their life, I will have it embroidered under their lapel collar as a hidden trademark. Whether this is the date my client gets married for their wedding suit, their children’s initials, or their favorite sports team’s chant, I like to surprise them with this embroidered message after the suit is completed. It is not visible for everyone to see, but they know it’s there.

For Tua, I put “OHAHA FIRST.” The word Ohana means “welcome” in the Hawaiian language, but in a much wider sense, to include not only one’s close relatives, but also one’s cousins, in-laws, friends, and other neighbors. After getting to know Tua and seeing how much his family means to him, this was an obvious choice. He is incredibly grateful for where he comes from, and for everyone who has helped him along the way. 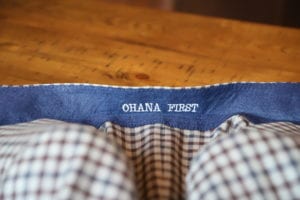 On the day of the draft, I had been eagerly waiting all day to see who would be drafting Tua and how his night would unfold. As I sat down on the couch, cracked open a beer, and began watching the pre-draft segment just minutes before everything was supposed to start, I get a text from Tua’s agent. It was a picture of Tua sitting in a chair wearing his Richards Bespoke suit—sunglasses on inside, looking more confident than ever.

I dropped my phone…I couldn’t believe this was happening. I asked his agent if Tua was going to wear the suit for the draft and he replied with “Yessir—looks like it.”

The pessimistic side of me thought maybe he was just wearing it pre-draft and was going to change into a different outfit once everything got started. I refused to believe he would be wearing the suit until his name was called and I saw it for myself.

When Roger Goodell announced “with the 5th pick in the 2020 NFL Draft, the Miami Dolphins select Tua Tagovailoa, Quarterback, the University of Alabama” the cameras immediately transferred to his remote location in Alabama where it showed Tua, in his brown and blue buffalo check suit, standing up to put on his Dolphins hat, and flashing his lining for the whole world to see. 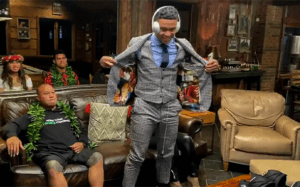 I’m not sure if it was the amount of thought and preparation that went into designing the suit, the rollercoaster of emotions leading up to the draft stemming from getting my hopes up, the NFL changing plans due to COVID-19, or just the overall surprise, but in that moment, my dream became a reality—regardless of whether or not he physically walked across the world’s biggest stage to shake hands with the Commissioner.

I’m still not 100% certain why he chose to wear this suit considering we didn’t talk about it after he was drafted, but my hopes are that he chose to because of how much significance the details we picked out meant to him and his journey. 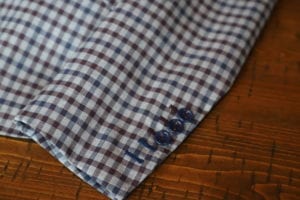 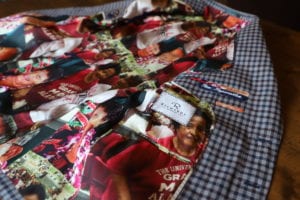 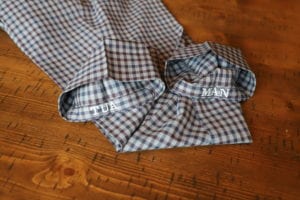 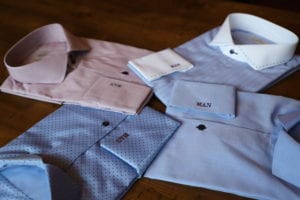 What Makes a Bespoke Suit Different from Other Suits?

The Art of Utilizing Accessories for the Modern Man

How to Choose the Right Suit for the Season